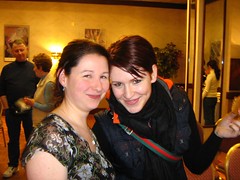 jacintha and katie
just chillin'. and oh so excited. 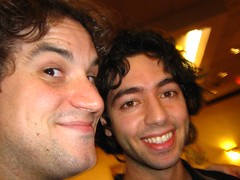 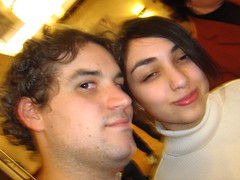 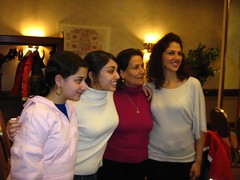 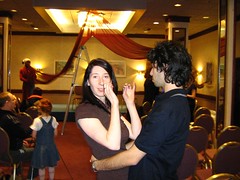 tomorrow's couple
jamal looks away from her soon-to-be-husband's embrace for a moment. 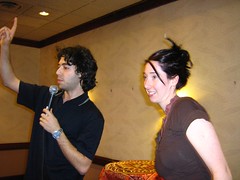 let's get this party started
everybody who wanted pepperoni on their pizza, please raise your hand... 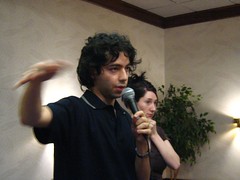 mees conducts the rehearsal
brief introductory notes before tara takes the stage (and the mic). 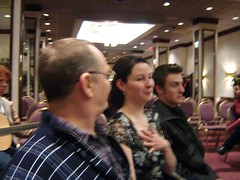 all verklempt
weddings do that to you. 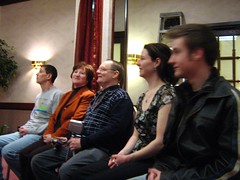 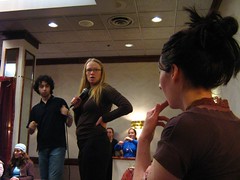 consultation
mees and tara consult jamal on a matter of vital importance. 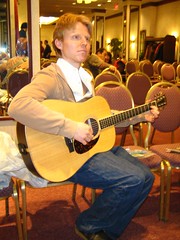 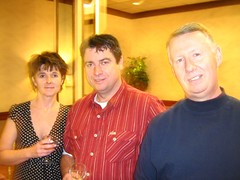 meet the bride's family
all the way from california! 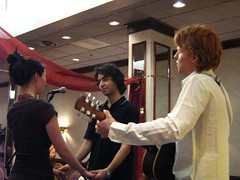 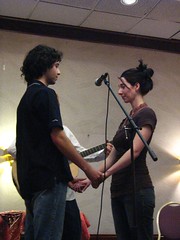 union to be
the couple practice the lead-up to the marriage vows.

emotional moments
it's hard to keep a straight face during the rehearsal - just imagine the ceremony! 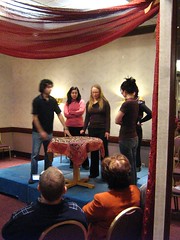 witnesses
it's time to bear witness. 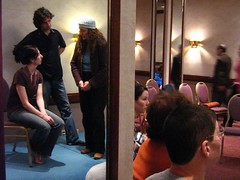 a few words
the groom's mother offers a few words of advice during the wedding rehearsal, as the bride's family looks on. 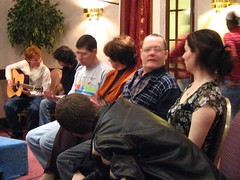 rehearsal ambience
chatting during a pause in the rehearsal, as misagh and martin go over the music together. 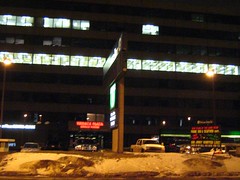 ignore this photo
I took this photo just to prove that I was somewhere. This is another in-joke. If you don't know what this photo is about, feel free to ignore it. 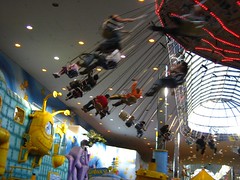