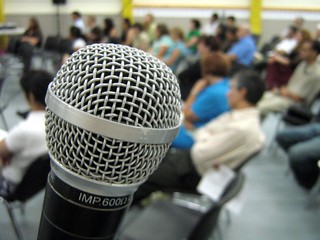 I meant to say a few more words about blogging, so let’s have at it a bit. This whole Baha’i Blogging Challenge has been exhausting, to be honest, but it’s also been enriching. Not only has it given me the chance to read and share a whole bunch of great content from a diverse collection of baha’i bloggers out there, but it’s also given me a reason to write, write, and write some more. Some days I don’t especially feel like writing. Some days, I’ve been too exhausted to write. But still, I’ve managed to write something, whether it be random reflections on life, taking second looks at things I’ve blogged about in the past, or, well, whatever.

It made me think a little about one of my favourite prayers, which is a prayer for teaching which ‘Abdu’l-Bahá revealed for the Bahá’ís of Canada. It’s not a long prayer; it consists of three paragraphs in its English translation. I’ll quote it here in its entirety:

Praise be to Thee, O my God! These are Thy servants who are attracted by the fragrances of Thy mercifulness, are enkindled by the fire burning in the tree of Thy singleness, and whose eyes are brightened by beholding the splendors of the light shining in the Sinai of Thy oneness.

O Lord! Loose their tongues to make mention of Thee amongst Thy people, suffer them to speak forth Thy praise through Thy grace and loving-kindness, assist them with the cohorts of Thine angels, strengthen their loins in Thy service, and make them the signs of Thy guidance amongst Thy creatures.

Verily, Thou art the All-Powerful, the Most Exalted, the Ever-Forgiving, the All-Merciful.

“Loose their tongues!” How often have you felt that you had something to say, but didn’t say it? And what if that thing that you held on to, that could have proceeded from your mouth in ringing tones, would have been just the right thing to say to someone, the exact thing they needed to hear at that moment in their life? There’s no knowing, of course, and it’s no use what-iffing oneself to death. But that image—loose your tongue!—has always stuck with me. I feel like it’s also somewhat fitting, given the stereotype of polite Canadians who don’t want to bother anyone. And, in the end, I think it’s helped to motivate me to keep writing in this blog. What if I end up saying something that makes sense one of these days? Keep writing, darn it! You might be able to help someone rather than simply confuse them!

Of course, there’s a big difference between loosing one’s tongue to make mention of God and loosing one’s tongue to, let’s say, slander someone or otherwise talk smack about them. That’s why I feel like it pays to read what Bahá’u’lláh says about the effects of speech and utterance, and the spiritual qualities one must show before trying to engage oneself in any kind of discourse. For example:

Human utterance is an essence which aspireth to exert its influence and needeth moderation. As to its influence, this is conditional upon refinement, which in turn is dependent upon hearts which are detached and pure. As to its moderation, this hath to be combined with tact and wisdom as prescribed in the Holy Scriptures and Tablets.

In other words, loose your tongue, but check it, too. Don’t go off saying just anything without thinking about it and researching it; seeing whether it’s appropriate, timely, and wise, and whether your intentions in saying it are pure; using language that’s dignified, moderate, sincere, truthful and refined… Turns out, there’s a lot of work that goes into loosing one’s tongue. You can’t let that stop you, but what you do have to do is learn these skills of speech and utterance, show forth all of these heavenly qualities, and, above all, practice, practice, practice. And that brings us back to blogging, because how are you going to get practice making mention of God if you don’t say something? Sure, you might start out saying some things that sound dumb. I sure did. But don’t let that stop you. Keep reaching out, keep writing, and keep praying for confirmations. You’ll eventually say something that makes sense.

2 thoughts on “say something”