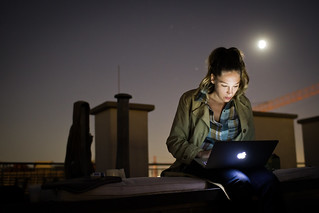 From time to time, as we exchange comments with people online on topics related to the Bahá’í Faith and its principles, we may find that we encounter opposition. Sometimes, people will simply disagree, and that’s fine, of course—everyone’s got an opinion, and as long as we show tact, wisdom, forbearance and love for each other, there’s a good chance we can uncover a greater truth from these kinds of exchanges.

But sometimes, the opposition we encounter can be a little more serious. I’m not talking about honest disagreements, but rather, people straight-up attacking the Bahá’í Faith and everything that Bahá’ís believe in. This can include attacks on Bahá’u’lláh, His Covenant, and the other Central Figures of the Bahá’í Faith, such as the Báb, ‘Abdu’l-Bahá and Shoghi Effendi; the Universal House of Justice; the actions of individual Bahá’ís or particular Bahá’í institutions or communities; the relation between the Bahá’í Faith and other religions, such as Islam, Judaism, and Christianity; the Bahá’í stance on homosexuality and other highly politicized issues; and so on. Like I said, everyone has their own opinions, and that’s fine, as long as those opinions are well-founded. But when those opinions are based on misunderstandings, ignorance, or worse, when people start engaging in willful, reckless slander and calumny—misrepresenting what Bahá’ís believe and do, and accusing them of monstrosities that are patently false—that’s when there’s a problem.

As we know, Bahá’u’lláh calls upon us “to refute the arguments of those that have attacked the Faith of God”. We may also have also read the advice of the Universal House of Justice about the approach we should take towards correcting the misconceptions brought forth by those who attack the Cause:

“In correcting misrepresentations of the Faith made by those who are hostile to it, our obligation is to set forth Bahá’u’lláh’s teachings cogently and courteously, but firmly, supporting them with rational proofs. Once this has been done, the challenge rests with our hearers, whatever their interests or motivations, to consider our responses in this same spirit of courtesy and objectivity. …

In the same piece of advice, the Universal House of Justice draws our attention to something we must absolutely avoid, which is contention:

“For Bahá’ís to go further than this, by engaging in acrimonious debate, much less by reflecting on the character of others, would be to cross the line that separates legitimate defense of the Faith from contention.

As a follow-up to an earlier post about what Baha’is do when people attack the Faith, I thought I’d share the following quote, from a piece of guidance from the World Centre on the topic of avoiding contention when addressing misconceptions about the Bahá’í Faith.

In emphasizing the importance of harmony in human relationships, Baha?’u’lla?h declares that “conflict and contention are categorically forbidden in His Book.” He further exhorts all people to “utter that which is meet and seemly,” to “refrain from slander, abuse and whatever causeth sadness in men,” and to recognize that the “religion of God is for love and unity” and not to be made the “cause of enmity or dissension.”

Clearly, any tendency toward argumentation or confrontation is to be eschewed by Baha?’i?s while opportunities to clarify or defend the Faith’s basic precepts and goals should be carried out “in a restrained and unprovocative language.” In some cases, it may be appropriate to directly address topics raised by critics, but in other situations, it may be more constructive to simply present the authoritative Baha?’i? perspective on a matter. Confusion or erroneous understandings surrounding Baha?’i? belief can best be dispelled through a reasoned focus on issues, and the principles underlying issues, without reference to the motivations or identity of individuals raising the criticisms. Regardless of the approach taken, “in our presentations and relationships we should always try to build bridges so that our beautiful Teachings can be understood and accepted, and the power which they have to establish unity amongst men will be exemplified.” In the end, though, if critics are not receptive to clarifications or explanations offered, it is preferable to respectfully leave them to themselves.

On a practical level, to argue directly or indirectly with those critical of the Faith can be counterproductive. Disputatious interactions can provide opponents with platforms to disseminate their views and agendas, and repel the wider audience observing such interactions. In addition, as the House of Justice notes, “Under most circumstances, it would seem worse than futile for a Baha?’i? to attempt to defend the institutions or members of the Faith from the kind of reckless slander that has become an all too common feature of the moral deterioration of contemporary society, and that tends to characterize much of the language of the Faith’s current critics.”

It is apparent that some opponents seek to draw Baha?’i?s into exchanges with the intent of demonstrating that Baha?’i?s are either nai?ve, dogmatic, or intolerant. In particular, adherence to the provisions of the Covenant of Baha?’u’lla?h is sometimes cast in these terms, while for believers such adherence expresses faith in a power “which quickeneth and promoteth the development of all created things on earth.” Baha?’u’lla?h affirms that it is indeed possible to both tread the path of religious faith and to be tolerant: “…observe tolerance and righteousness, which are two lights amidst the darkness of the world and two educators for the edification of mankind.” 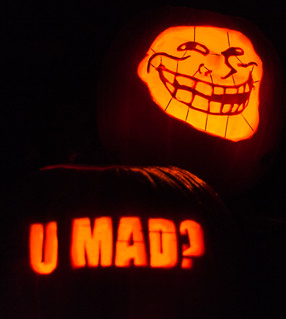 If you’ve spent a decent of time on the Internet, then “trolls” and “trolling” are part of your vocabulary. I’ve seen my share of trolls online, and in the case of trolls who attack the Bahá’í Faith, picking them out is pretty easy. Most of the time their arguments don’t make much sense, and even people who don’t know much about Bahá’í can tell that what they’re saying isn’t legit.

In some cases, ignoring trolls is enough. But sometimes it is necessary to speak up; for instance, when they respond to people who have a genuine interest in the Bahá’í Faith. I mean, imagine asking a question about a really neat new message from God that seems to be the answer to the ills of mankind, and in response, getting nothing but a bunch of nonsense telling you how Bahá’ís are The Devil 666™ and in league with every evil group under the sun. That’s why it is necessary for us to speak up and say hey, if you want a legit answer, here it is, feel free to investigate further. Of course, haters are gonna hate and trolls are gonna troll, so it’s inevitable that we’ll get flak for speaking up. That’s why we need to know how to establish the truth without feeding the trolls nor engaging in contention. And in my opinion, the guidance above is a great way to describe this balancing act.

It’s all about getting attention. Trolls thrive on attention, and they try to get it by provoking conflict, drawing people into arguments. That’s exactly why, when seeking to correct misinformation that’s shared about the Faith online, it’s important to practice moderation, detachment, wisdom and restraint. “For Bahá’ís to go further than this, by engaging in acrimonious debate, much less by reflecting on the character of others, would be to cross the line that separates legitimate defense of the Faith from contention.”

Photos: Moonlighting by dawolf-, and Trollface by Paul VanDerWerf.

youth and “the western way of life”