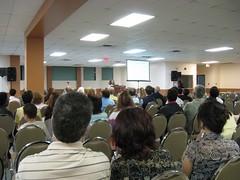 Interested in reading more about the Bahá’í attitude on politics, and why exactly we don’t become involved in partisan political activity? Author and blogger Susan Gammage has put together a wonderful compilation on Bahá’í involvement in politics that you should definitely read through. Edify your soul (and then don’t forget to vote).

trials of a voting baha’i